When you book with an account, you will be able to track your payment status, track the confirmation and you can also rate the tour after you finished the tour.
Sign Up
247
Experiences
Vicenza
History & Culture
5 h.
INTROPHOTOSDETAILSNOTESMAP

With the Palladio in Vicenza tour you will discover Palladio’s masterpieces in the city but also outside the gates of Vicenza: you will visit Villa Almerico Capra ‘La Rotonda’, the Sanctuary of Monte Berico, the Basilica Palladiana and the Olympic Theater.

Your Palladio in Vicenza tour will take you first to one of the most beautiful monuments on the outskirts of Vicenza and its gardens: Villa Almerico Capra known as “La Rotonda”.

Visited over the centuries by poets and artists, royalty and statesmen, scholars and art lovers, travellers and tourists, La Rotonda is today one of the most famous works of Andrea Palladio‘s architectural genius.

Almost 500 years after its construction, it is still a place of pure beauty that fascinates and charms anyone who stands in its presence. Designed and built on commission by Andrea Palladio around 1570, it is the emblem of his art and is considered a kind of ‘ideal villa’.

You will continue the tour dedicated to Palladio in Vicenza towards the famous Sanctuary of Monte Berico, built in 1428, following two Marian apparitions during the plague, which welcomes pilgrims and visitors every day.

Inside the sanctuary are masterpieces of sacred art and the adjoining Museum of ex-votos is one of the most important Italian collections dedicated to popular devotion. Finally, you can enjoy the wonderful view of Vicenza from the Sanctuary’s terrace.

Finally you will move to the historic centre. The walk in Vicenza starts at the Olympic Theater, the absolute summit of Andrea Palladio’s creativity, inaugurated on 3 March 1585, it is the oldest covered theatre in the world, inspired by the Greek and Roman theatres of antiquity.

After that, you will move on to one of Andrea Palladio’s masterpieces: Palazzo Chiericati, designed in 1550 for Girolamo Chiericati. Embellished with frescoes and stuccoes, it houses one of Europe’s most prestigious civic collections of paintings, sculptures and applied arts from the 13th to the 20th century.

You will stroll along the corso admiring small shops and splendid palaces along the way, until you reach Contrà Porti where the Palladio Museum awaits you.

At the end of the Palladio tour in Vicenza, as you return to the corso, you will see before you the imposing bulk of the Basilica Palladiana surrounded by squares.

Guaranteed departure with a minimum of 4 paying adults.

EXPLANATIONS DURING THE TOUR: only touristic guides can and are allowed to explain the monuments, the city and the museums. Accompaniers just help you in case you need it or take you to the most beautiful places chosen for your tour.

OPENING TIMES OF THE MONUMENTS: Some monuments are not always open. If you are interested in visiting a special monument, tell us in the moment of request of quotation. In case you don’t asked us, the agency cannot be retained as responsible.

LANGUAGES SPOKEN DURING THE TOURS: Tours could be held in multiple languages at the same time.

RESPECT FOR TIMETABLES AND GROUPS: With the confirmation of the tour, you accept the timetable indicated in the program. In order to have an above-board tour, it will not be possible to change the timetable except it is a decision of the tour leader. 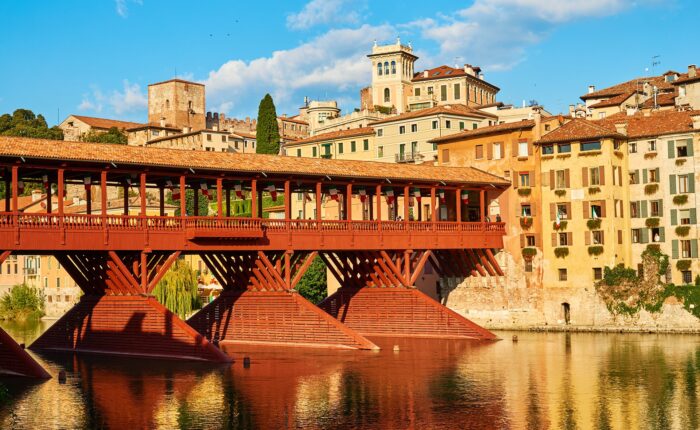 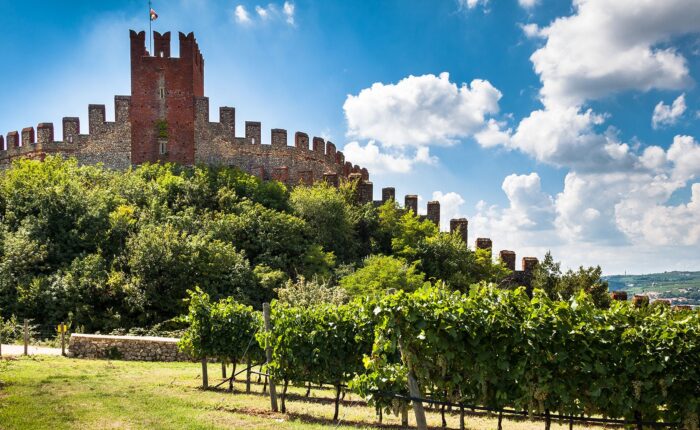 Wine and Castle tour in Soave